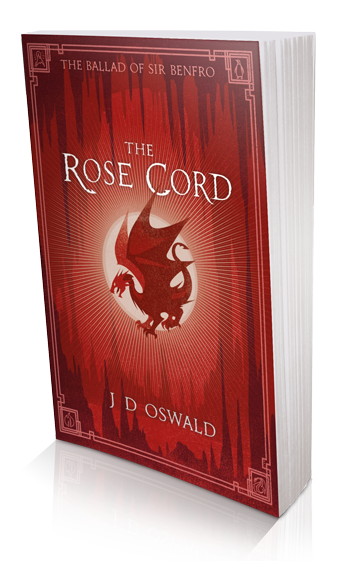 Book two of The Ballad of Sir Benfro

Fleeing the vengeful Inquisitor Melyn, Sir Benfro is drawn to the last resting place of a great dragon of legend, Magog, deep in the ancient forest. Through Magog’s spirit, Benfro discovers the true nature of his forebears – a history of unimaginable power and mystery over mankind. But with this knowledge comes terrible danger.

Errol Ramsbottom’s dreams of becoming a great Warrior Priest have been shattered by his discovery of the dark secret of the Holy Order’s power. And yet as a chosen noviciate he is trapped, unwillingly drawn deeper into the sinister plans for war which will engulf Gwlad.