The Ballad of Sir Benfro is a five part epic fantasy series. Heavily influenced by Welsh language and mythology, it follows the adventures of the young dragon Sir Benfro and his human friend Errol Ramsbottom, as they battle against the forces of evil in Gwlad.

Because I’m a disorganised fellow, the map I drew as reference when I began writing the series was never tidied up and added to the books until the last one came out. My publisher, Penguin, took my barely-legible scribbling and gave it to a proper artist, Andrew Farmer, who came up with this. 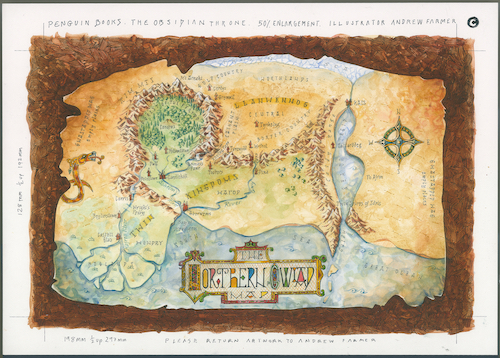