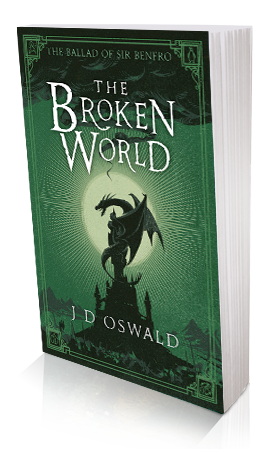 Book four of The Ballad of Sir Benfro

The book, sir. The Llyfr Draconius.
You’ll find what you need in there, if you know how to look.

The war across the Twin Kingdoms rages on.

Queen Beulah has killed one sister and ordered the assassination of another. The Inquisitor Melyn journeys though the north-lands of Llanwennog in a merciless bid to overthrow King Ballah. Now in possession of Brynceri’s ring, his power seems indestructible. Nothing can stop the invasion.

Captured by the travelling circus, Sir Benfro cannot shake their control, more powerful than Magog’s malign influence. Errol Ramsbottom, left for dead, follows the trail of his friend’s captors – only Benfro holds the key to Errol’s beloved Martha’s whereabouts. But both sides are set on a path of destruction – dragon against dragon, king against queen, man against man.

As the ancient spell that split Gwlad begins to unravel, it may be easier for Benfro and Errol to travel to Gog’s world now. But what will happen when the barriers between the two worlds fail entirely? As unlikely alliances form and strategies shift, who will emerge victorious?