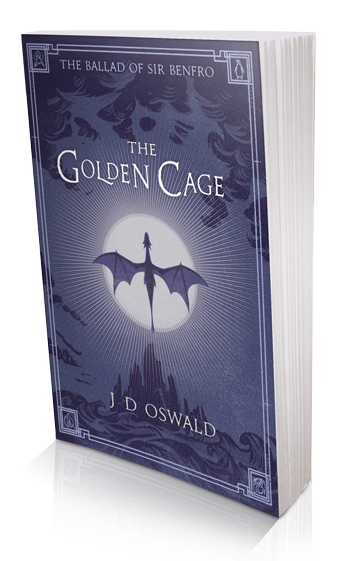 Book three of The Ballad of Sir Benfro

Fate unites Benfro and Errol once more, but each is beset with danger: Benfro is battling the ever-strong influence of Magog who is reaching out to him along the rose cord and forcing him to rebuild the collection of jewels he scattered.

Errol is beset with dreams of a far-off place, following the footsteps of his beloved Martha, but unable to reach her. She has been trapped in a great fortress, at the top of a high tower, in a cage with bars of gold. He longs to find her, to rescue her as she rescued him. But his ankles are broken, his body wrecked in King Ballah’s torture chamber beyond even the healing skills he learned from his mother to repair.

Benfro has the knowledge of a dragon healer, and Errol holds the key to holding off Magog long enough for Benfro to regain his strength. Enough that the young dragon can set about finding a way to be rid of the dead mage forever.

Working together, they might just survive. Apart, they will surely perish at the hands of Inquisitor Melyn.