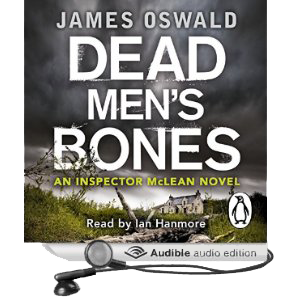 A lot of people have been asking me when the audio version of Dead Men’s Bones would be available. All the other books have come out in this format at the same time as the paperback, but the rapid turnaround of manuscript – handed in at the beginning of January and out a scant 6 months later – meant this time the audio lagged behind.

Fans of the dulcet tones of Ian Hanmore need wait no longer however. The unabridged audio recording of Dead Men’s Bones is now available to download. Click for more details.

View all posts by admin →

Where I’m at – Nine Worlds, Loncon3, FantasyCon and Benfro
Prayer for the Dead