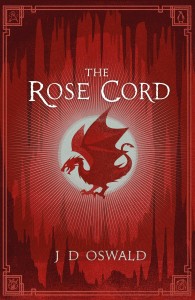 I’ve been reading comics since I was in short trousers, and first discovered the delights of Forbidden Planet in the early 1980s, when it was in Denmark Street, just off the Charing Cross Road in London. So it is with enormous pleasure and not a small amount of smugness that I can announce I will be signing copies of The Rose Cord at Forbidden Planet’s new London Megastore on Shaftesbury Avenue in November. If you’re in the area, do come along.